Acura plans to pull the covers off a sporty new show car at the Pebble Beach Concours d’Elegance in Monterey, California — a six-day feast of automotive luxury and excess that’s become the world’s most prestigious car show.

Automakers and collectors across the globe bring their most fanciful cars to the Monterey Peninsula, where roughly 50,000 classic and exotic car fans gather for the annual event. But Acura’s new Type S concept car won’t be just another fantasy in chrome. A production version is planned to follow sometime next year, according to Acura officials, with still other Type S models to follow. That extended roll-out will help Acura more directly challenge existing luxury sub-brands like Audi RS, BMW M and Mercedes-AMG as well as boost sales, which have lagged of late.

Owned by Honda, Acura has dipped its toe into the high-performance pool on a number of occasions. It offered four limited-run Type S models over the past two decades, though they each lasted only a few years. Three years ago, it re-introduced its exotic NSX supercar and has since added several A-Spec models that offers sportier looks, albeit with no real performance enhancement. The Type S models are a step above the A-Spec models with true performance enhancement.

Type S models will receive significant upgrades in acceleration, handling and braking, according to Acura spokesman Chris Naughton. They also will command significantly higher pricing than Acura’s A-Spec models. Acura’s mid-range sedan, the TLX, starts at $33,000 for its A-Spec version. If Acura hits the mark with the Type S, it should provide a new halo around the brand, said Stephanie Brinley, a principle analyst with IHS Markit.

“The return of Type S is a pivotal moment for Acura, sending a powerful message that we are committed to fulfilling the precision crafted performance brand promise across our lineup,” Jon Ikeda, vice president and Acura Brand Officer, said in a statement accompanying a teaser video. “The Type S Concept represents another significant step in creating a new era for the Acura brand.”

Acura was the first Japanese luxury brand with its original Legend and Integra models making their debut 33 years ago. It was a significant player in its early years, and delivered a shock to the automotive establishment when it launched the original NSX in 1990, the first true Japanese supercar.

But the brand started losing momentum by the middle of that decade. It faced tough competition from two new Japanese luxury brands, Toyota’s Lexus, and Nissan’s Infiniti. Acura also committed what have been seen as some serious blunders, such as dropping the Legend and Integra badges for forgettable alphanumeric alternatives like TL and RL. It also opted for more conservative designs and, with the decision to end the run of the original NSX, pulled back from the performance niche that helps define luxury brands. 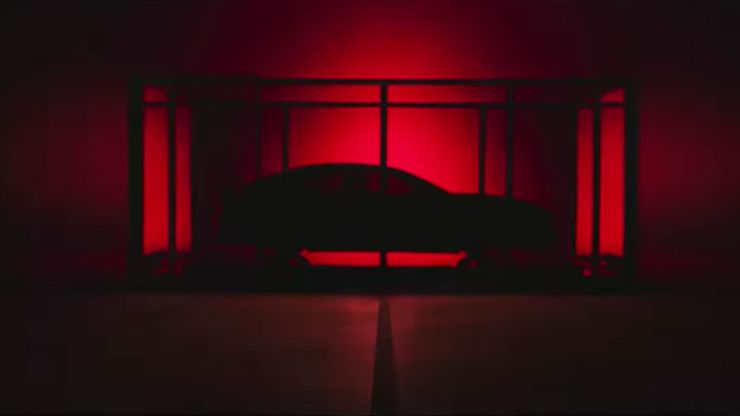 “Performance models don’t cost a lot to do,” said Brinley, but “they certainly do drive interest in a brand. They give you a higher profit margin and it gives your brand cache.”

Acura isn’t providing much information about the Type S concept car, other than saying it will formally debut on August 15 at “The Quail, a Motorsports Gathering,” one of the big events of a week ultimately capped off on Sunday, Aug. 18 by the annual collector car competition at the famous 18th fairway of the Pebble Beach Golf Links.

But the automotive media are full of speculation, and it is widely expected that the debut model teased in an image from Acura, as well as an 11-second video, show a modified version of the next-generation TLX, a four-door coupe.

Naughton confirmed there will be “several Type S models” coming over the next several years, adding that they will sit on the Acura “brand pyramid” just below the NSX when it comes to performance. Each model will feature “clearly distinguished styling” setting it apart from mainstream models, as well as performance enhancements

Naughton also said that Acura’s performance push will be anchored by a new turbocharged V-6 that will not be shared with the Honda brand, though he declined to say whether it will appear in the first of the upcoming Type S models.

Disclosure: Paul Eisenstein is a freelancer for CNBC. His travel and accommodations to Pebble Beach are being paid for by Bentley Motors, which is owned by Volkswagen.